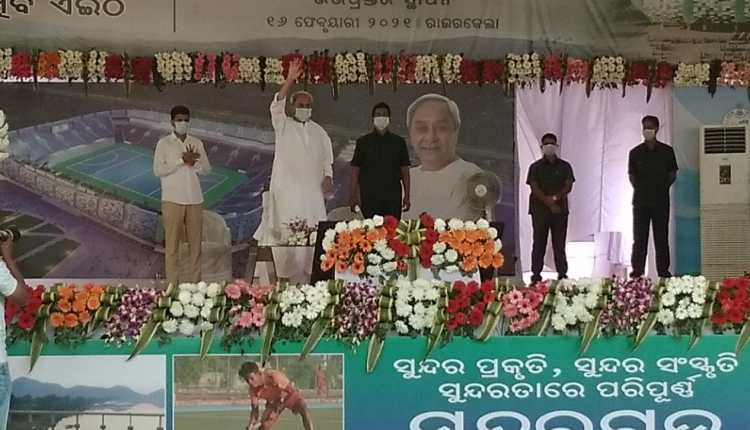 Chief Minister Naveen Patnaik today laid the foundation stone for India’s largest Hockey Stadium in Raurkela. Along with this, he also dedicated to the people of the state different projects worth Rs 5000 Crore.

The world class hockey stadium will come up on a 15 acre land in the BPUT Campus which will have a seating capacity of 20000 people. Rourkela is going to host the 2023 World Cup Hockey along with Bhubaneswar. Naveen Also announced that the stadium will be named as Birshamunda Stadium. “It will show to the world Odias are second to none,” Naveen said in his speech.