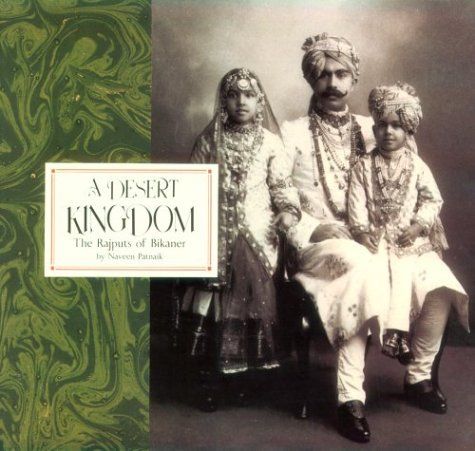 The Rajput of Bikaner

Bikaner is perhaps the most astonishing of the many principalities of India. Located in the Rajasthan desert, Bikaner boasts a famous camel-corps regiment, a holy temple-devoted to the priestess Karni Mata-housing thousands of tame rats (protected by priests and fed on sweetmeats any devoted pilgrims), and old as well as new palaces that count among India’s true wonders. Its people are particularly skilled in handicrafts and have been noble warriors throughout their long history.

Bikaner evolved into an important state over four cen­turies, but its most remarkable ruler was Maharaja Ganga Singh, who ascended the throne in 1887 at the age of seven and ruled until 1943. He transformed Bikaner from a feudal kingdom into a progressive state, went to Peking in 1901 with his camel corps to fight the Boxer rebels, fought in World War 1, was a signatory of the Treaty of Versailles, as well as a plenipotentiary at the Peace Con­ference in Paris, built an 89-mile canal that recovered 1,000 square miles of land for his people, industrialized his state, and protected such revolutionaries as Gandhi and Nehru. Ganga Singh founded the Chamber of Princes in Delhi and built the great sandstone palace called Lallgarh, one of the most splendid Anglo-Indian buildings on the subcontinent. He also built Gajner, a sublime hunting lodge whose man-made lake attracted waterfowl as well as Britain's kings, viceroys, and the Ma­haraja's fellow princes.

At Lallgarh, Ganga Singh founded a museum that contains the extraordinary photographs and memorabilia on which this book is based. Here, Royal India.comes to life with photographs of princes and craftsmen, fakirs, Royal Weddings and coronations replete with legendary costumes and jewels, great tiger hunts and pig-sticking, dancing girls and visits by world leaders, kings, and princes.

Naveen Patnaik's fascinating text brings fresh meaning to this incredible visual record of a lost and exotic:, world, A Desert Kingdom is essential reading for anybody interested in the colourful life of the great subcontinent and a unique, evocative reminder of its past.